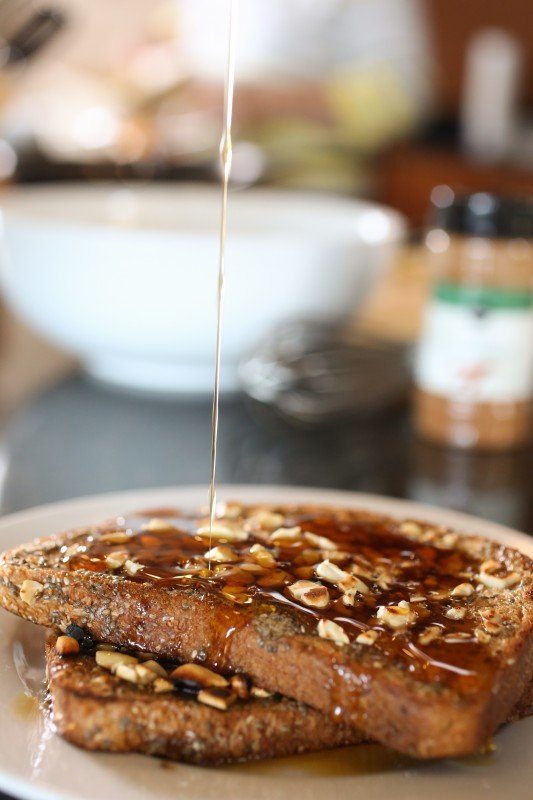 This recipe was inspired by Cinnamon Toast Crunch Cereal. I was walking down my grocery store’s cereal aisle one day and saw that Cinnamon Toast Crunch was on sale for buy one get one free. My wife kindly requested that I get some for her, so I did and I would be lying if I told you I didn’t have at least one bowl. I got to thinking…what if there was a healthier option for the morning that would be almost as satisfying and delicious, but be TONS better for you. So I attempted the Cinnamon French Toast Crunch and it worked! Crunchy warm cashews on top of a vanilla and cinnamon-soaked warm piece of whole wheat toast is extremely satisfying. It’s a bit weird to look at when you make it because the soaked chia seeds seem to make the toast gray after you soak it for a few seconds, but it all turns out well in the end, I promise! 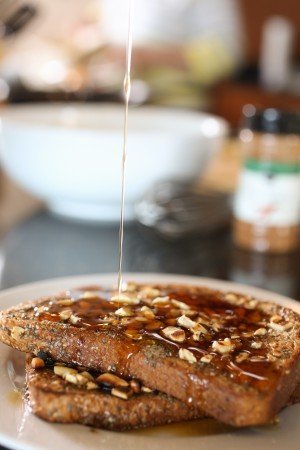 * If you are gluten free, try Rudi’s gluten-free bread options in the freezer section
Tried this recipe?Let us know how it was!

About the Author: Cory Warren